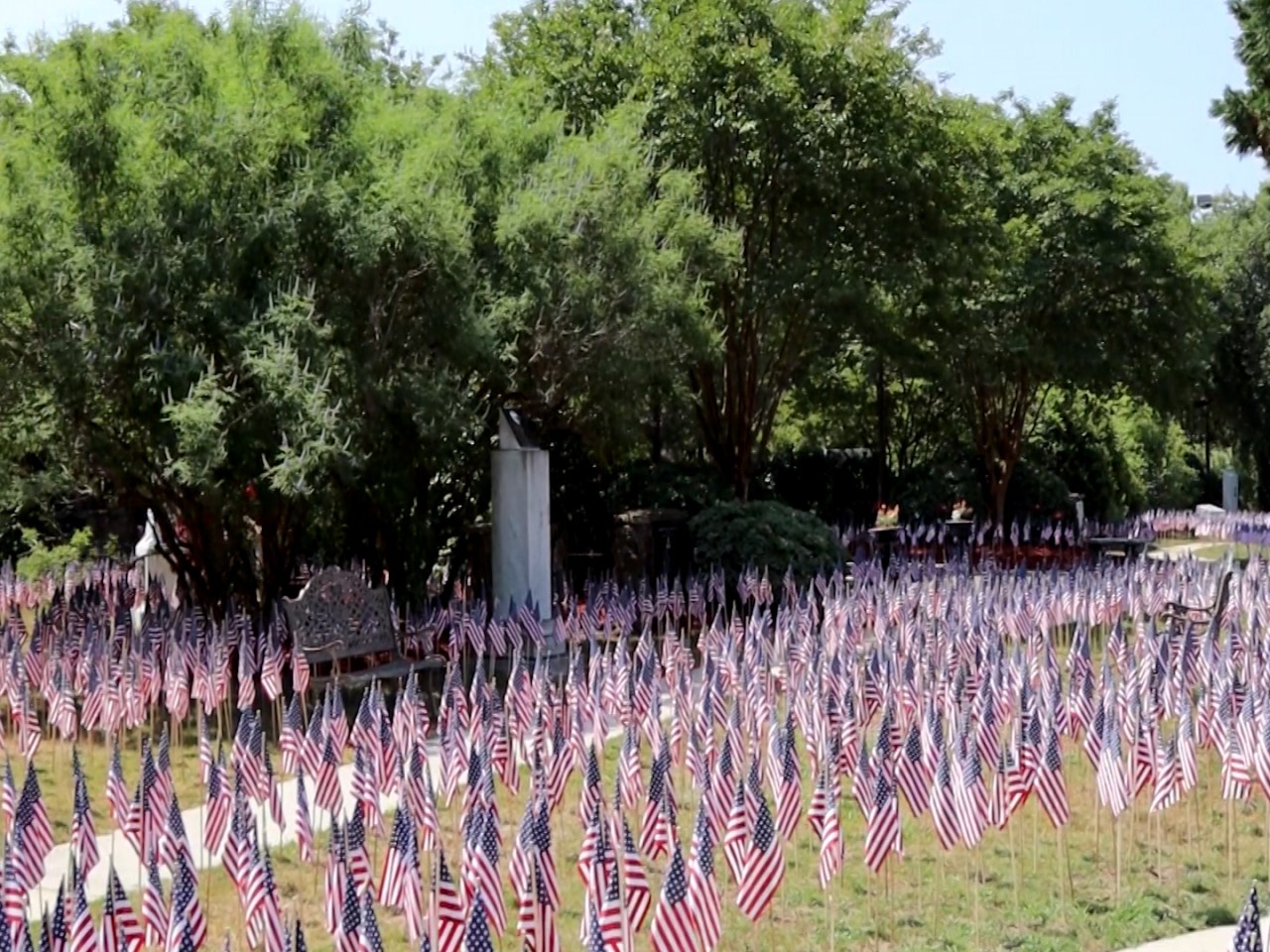 “This museum is established to recognize the courage and sacrifice of the 350,000 men who served in the Mighty Eighth Air Force. It was the largest air armada in the world in history, and of that number, 26,000 lost life. If you believe in this country, if you believe in the armed forces and you believe in the sacrifice that these men and women make; come here and help us remember those who have fallen,” Pete Nichols explained. , the museum’s communications manager.

Flags for the Fallen pays tribute to those 26,000 starred and striped men and women scattered throughout the Mighty Eighth Memorial Garden. Each flag creates a visual representation of the heroes who gave their lives fighting for our freedoms.

Volunteers are needed to help raise 26,000 flags, each representing the men and women who gave their lives to defend our freedoms in the Mighty Eighth Air Force.

“This empty garden right now will be filled with flags everywhere. It’s just amazing. The only thing is that we need people to help us do it. We block out three days to do this: Monday, Tuesday, Wednesday of Memorial Day week. The event will open this Thursday,” Nichols said.

Click or tap here register. The flags will be unfurled May 23-25, ahead of the Flags for the Fallen event which kicks off on Thursday of Memorial Day weekend.