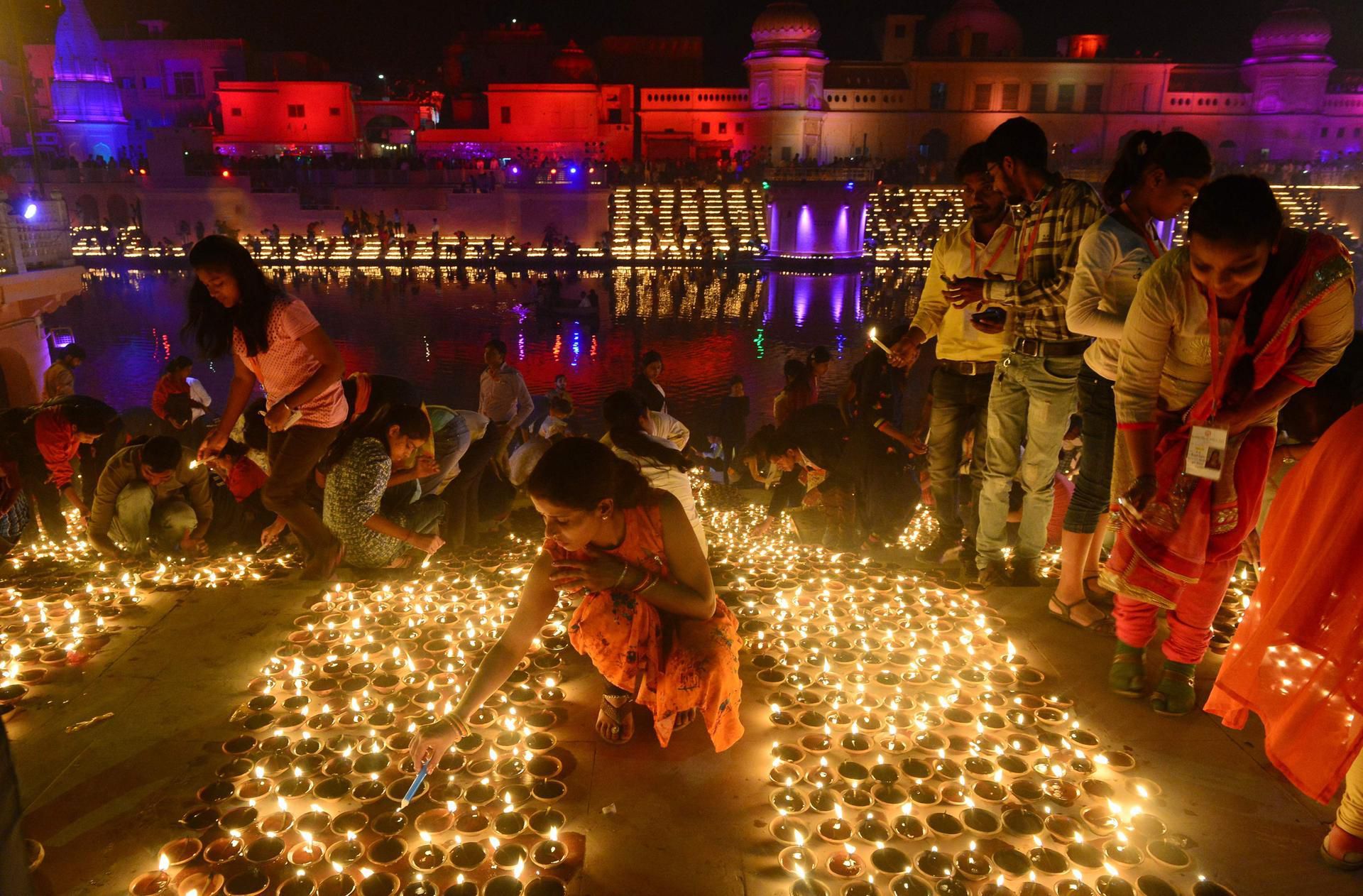 Diwali, one of the biggest religious holidays in the world, has started. This means that for roughly a billion people around the world, this week is dedicated to celebrating the triumph of light over darkness, at a time when that hope is needed more than ever.

Diwali is primarily a Hindu holiday, but is celebrated in one form or another by other faiths, such as Sikhs, Jains, and some Buddhists, as well as a growing number of people around the world.

Although the main themes of the celebration remain the same, the aspects of Diwali’s story are as diverse as the people who celebrate it. In northern India, part of the celebration focuses on homecoming, based on the Sanskrit epic Ramayana, a story about the return of Rama, one of the Hindu deities, after his defeat of a 10-headed demon king after 14 years of exile.

The theme of coming home has always moved people, but today probably more than usual. All over the world, families and friends have been separated, often for more than a year, by Covid-19. India, the main center of Diwali celebrations, has been one of the worst affected countries and has a large diaspora, two ingredients that have been particularly hard on those who wish to see their loved ones.

Indian clay artist Sujata Chitrakar works with an idol of the goddess Kali in front of Diwali in Kolkata. EPA

This is why today’s Diwali is likely to be one for the history books, and particularly poignant in people’s memory. There is a lot to celebrate, but also a lot to mourn. The official death toll from Covid-19 in India is around 450,000 people. In the world, they are more than five million.

Today, parts of the globe are able to begin to think, at least, of the temporary end of the worst of the pandemic. Daily deaths lower than peaks in illness, vaccines, new drugs, increased understanding and a willingness to reopen build confidence. While welcome, many still don’t, and in the partly triumphant atmosphere of Diwali this year, those still struggling should not be forgotten.

The battle against other evils is not over either. The international community is currently gathered in the British city of Glasgow for Cop26, the most important meeting of the year on climate change. Getting the world to act is the main objective of the conference. There is still a long way to go, but we can celebrate some good news. India, for example, has said it will commit to net zero carbon emissions by 2070. And this year Diwali, at least in India, is expected to be greener than ever, after the highest court of the country upheld the ban on toxic firecrackers often used in celebrations.

At home in the United Arab Emirates, this year’s Diwali will come at a special time, with great celebrations expected at Expo2020. And throughout the year, The National followed progress on a massive new Hindu temple that is currently under construction in Abu Dhabi. About 2,000 sculptors are working on the project, along with many other construction workers, and the site will span 55,000 square meters. Its opening is scheduled for 2023.

It has been a difficult year for many around the world, and the many stories of hard times endured in the heart of Diwali will seem more relevant than usual. But next to the theme of resilience, Diwali is also about our talent for overcoming difficulties, and that is why this week we should all be celebrating.