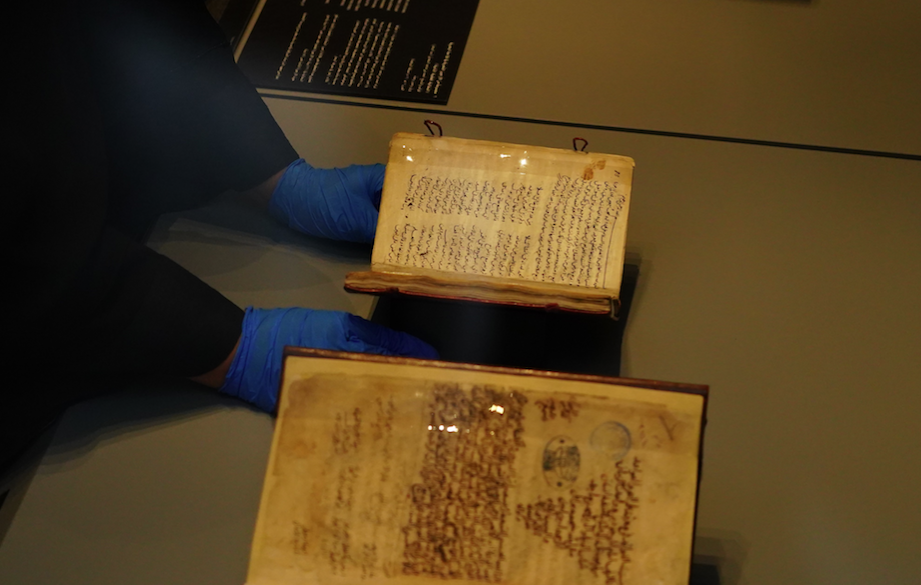 Muscat – The National Museum on Monday began an exhibition of the manuscript Collection of Marine Science Proses by Omani navigator Shihab al Din Ahmad bin Majid under the name Sa’adi.

The collection (Al Safaliyah, Al Mu’allaqiyah and Al Ta’i) was made available through cooperation between the National Museum and the Institute of Oriental Manuscripts in St. Petersburg in the Russian Federation.

The inauguration took place in the Maritime History Room of the National Museum under the patronage of HE Salim bin Mohammad al Mahrooqi, Minister of Heritage and Tourism, and Chairman of the Board of Directors of the National Museum, in the presence of Professor Dr Irina Fyodorvna. Popova, director of the Institute of Oriental Manuscripts in St. Petersburg.

Jamal bin Hassan al Moosawi, Secretary General of the National Museum, said: “The presentation of the original manuscript by Shihab al Din Ahmad bin Majid as Sa’adi is in the context of the existing cooperation between the National Museum and the ‘Institute of Manuscripts in the Russian Federation.

This exhibition also coincides with the celebration by the Sultanate of the inclusion by Unesco of Ahmed bin Majid in the list of globally influential personalities.

The manuscript on display is considered one of the oldest in the world and will be on display to all visitors to the National Museum for a period of three months.

The National Museum also exhibits Ahmed bin Majid’s handwritten book on the Benefits of the Principles and Foundations of Seamanship, on loan from the Al Assad National Library in the Syrian Arab Republic.

On occasion, Professor Irina said: “In history, the name Ahmad bin Majid is very important. He left a collection of poems that represent his maritime exploits, which still exists in manuscript form, collected and kept at the Institute of Oriental Manuscripts in St. Petersburg, Russia. The poems summarize his navigation in the Indian Ocean, where he taught Europeans a lot in maritime navigation.