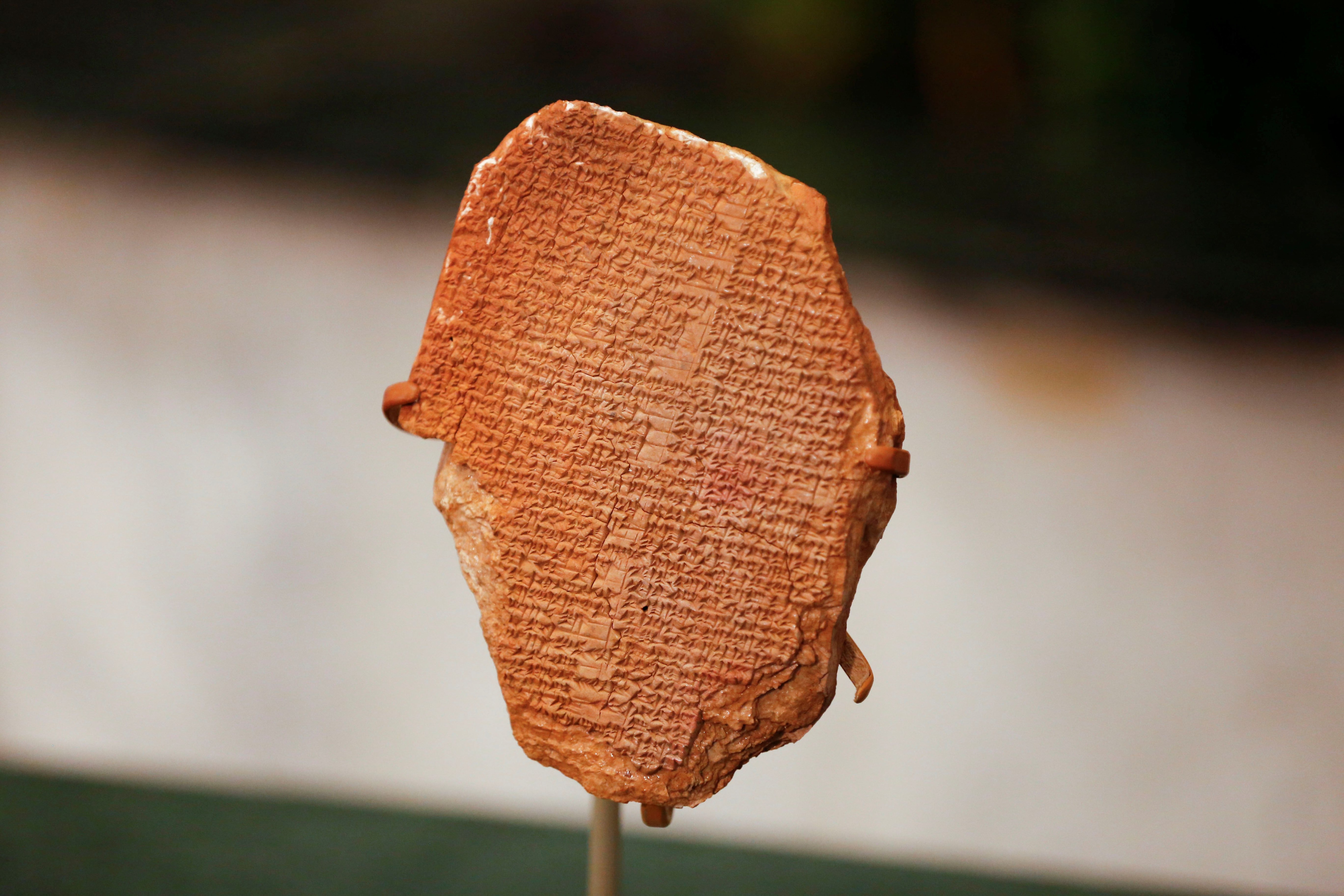 A rare ancient clay tablet that bears part of the epic Gilgamesh was returned to Iraq by the United States on Tuesday in a victory for the war-torn nation in its long struggle to repatriate stolen items.

The 127 mm by 152 mm fragment is 3,500 to 4,000 years old. It was one of a group of more than 17,000 artifacts smuggled from Iraq decades ago and illegally imported to countries around the world. The tablets and other items were seized from the Oklahoma-based Hobby Lobby company.

The arts and crafts store chain was forced by the U.S. government to forgo the items in 2017 and was fined $ 3 million for failing to follow expert advice that the items could have been looted or for not having declared their origin to the authorities.

“In addition to its historical value, it has symbolic value for restitution,” Nazim said at a ceremony to celebrate the return to the Foreign Ministry.

“This is a message to all those who smuggle and auction our antiques that they will eventually be repatriated.”

Foreign Minister Fuad Hussein hailed it as a “victory against desperate attempts to steal our long-standing history and civilization.”

The epic poem, partially depicted on the tablet, follows the story of the mythological hero-king of Uruk in southern Mesopotamia, Gilgamesh – two-thirds God and one-third human – and his half-human best friend. wild Enkidu.

The two embark on a series of dangerous quests and adventures upon leaving Uruk. When Enkidu dies, Gilgamesh sets out in search of immortality and sets out on a long and perilous journey.

The story also includes a separate account of the great flood similar to that which afflicted Noah in the biblical book of Genesis.

The artifact rendered on Tuesday is known as the Dream Tablet and is written in the Akkadian language in cuneiform script.

Archaeologists have discovered the remains of an ancient wine factory in the Nineveh region of northern Iraq. All AFP photos

The priceless relics are believed to have been looted in Iraq and smuggled onto the black market over the decades, mainly after the First Gulf War, when former dictator Saddam Hussein began to lose control of many remote parts of the country. country.

The director of the Iraqi State Council for Antiquities and Heritage, Dr Laith Majid Hussein, denied that the tablet was stolen from a museum, saying it was illegally dug up and smuggled out of Iraq.

Other stolen items will soon be returned, Hussein said without giving details.

Along with the tablet, Tuesday’s event marked the return of a sheep statue dating from 2,900 to 2,650 BC.

Mesopotamian literature, whether in poetic or prose forms written in Sumerian and Akkadian languages, addresses various issues that preoccupy locals whether in their private or public life.

Foremost among these questions were the origin of the universe, the mystery of death and life, the afterlife and immortality, good and evil, and social values, behavior and spiritual and emotional feelings.

Most scholars agree that the epic of Gilgamesh was written during the ancient Babylonian period from 2000 to 1500 BC.

The epic influenced the minds of the peoples of ancient civilizations.

Different fragments have been found not only in southern Mesopotamia, known as the Land of Sumer and Akkad, but also in Assyria to the north and even Anatolia, southern Turkey and Tell Megiddo in Palestine. Some have been found translated into other languages.

The earliest fragments of the Epic Tablets were discovered among more than 1,000 tablets in the Royal Library of the 7th-century Assyrian king Ashurbanipal in Nineveh in the mid-19th century by the British traveler and archaeologist Austin Henry Layard and his assistant Hormized Rassam. Then they dug up 12 tablets.

Others have been found during excavations carried out by foreign and local archaeologists over the past century.