The model took four years to manufacture and is made of pear wood, ebony, linen, canvas, metal and brass, in a scale of 1:25. This model embodies Oman’s perfection and craftsmanship in shipbuilding.

The baghla was the largest offshore trading and freight vessel in the Persian Gulf, and the most ornate of the great Arab vessels.

It was fitted with two or sometimes three masts and was distinguished by ornamental protrusions that resembled the quarter galleries found on European battle line ships of the 12th-13th centuries AH / 18th-19th centuries AD.

The stem post curved gently upwards to a stem head topped with a bollard-like decoration – another form of ornamentation peculiar to the baghla.

Although the baghla was primarily a merchant ship, it could also be effectively armed for use in warfare.

At the beginning of the 13th century AH / 19th century AD, the Blomefield was considered the most effective breaching weapon.

Oman has a long relationship with the sea. With an extensive coastline, the story of Oman’s past is in many ways a maritime story. For millennia, fishermen have sailed along its coasts for a living.

Omani traders transported goods across the seas as early as the third millennium BCE, and in Islamic times they were part of a vast trading network that stretched from China to East Africa, the longest maritime trade route at the time.

Over the past four centuries, the Omanis had established two maritime empires that connected Oman with the Persian Gulf, the Makran coast and East Africa. All of this activity has shaped Oman’s maritime culture.

By braving the seas, the Omanis have become excellent navigators and have produced a rich navigation literature. They have developed an active tradition of boat building, using the materials and tools at their disposal to build a wide variety of ships.

Today, Oman continues its relationship with the sea. It has a modern navy, thriving seaports and leads the region in historic reconstructions. This craft is a symbol of Oman’s interaction with the rest of the world. 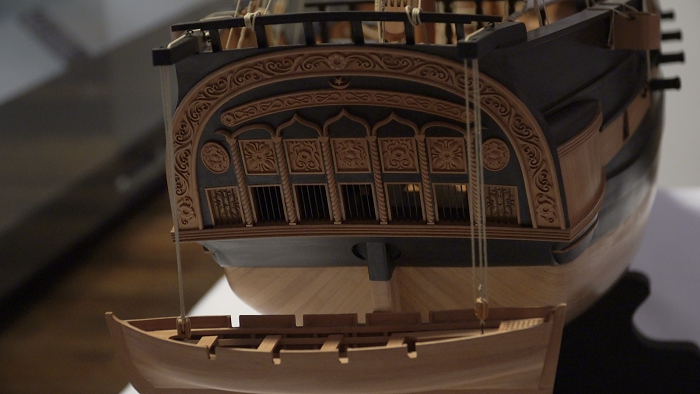