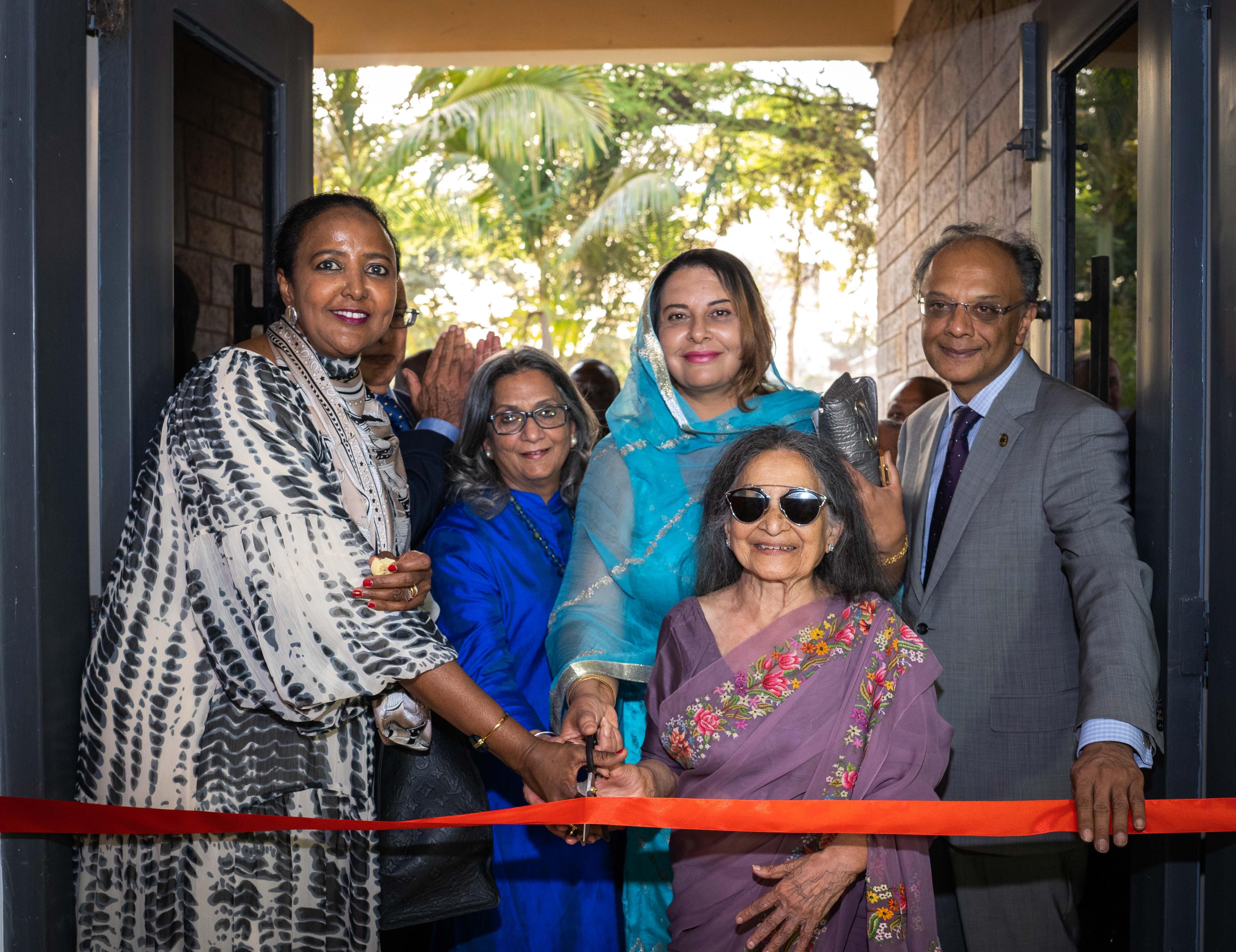 Talk of a National Art Gallery began in Kenya in 1966 when then-Vice President Joseph Murumbi called on his government to support his proposal to establish such a gallery. His proposal fell on deaf ears.

Periodically the question of a national art gallery has been raised, most recently when the National Museum in Nairobi held an exhibition called ‘Kesho Kutwa’ curated by renowned art collector Tony Wainaina and featuring works of art of some of Kenya’s most eminent artists.

But it also elicited few responses from the government.

Yet it was in 1997 that members of the Asian community first muted the idea of ​​an Asian and African heritage gallery. It took only three years after that for this ingenious group of organizers to manage to organize a six-month exhibition at the Nairobi National Museum.

The show was not permanent, but it proved so popular that it remained on display for the next five years.

It was “not dismantled until the renovation of the entire museum subsequently began”, wrote members of the Asian-African Heritage Trust, one of four organizations that have backed the concept of such a gallery from the beginning.

The others are the Asian Foundation, the Chandaria Foundation and the Desai Foundation.

The big four came together in 2009 to reactivate the gallery construction process, this time to reinstall a permanent exhibition.

Their big break came in 2013 when former President Mwai Kibaki addressed an Asian Foundation rally. It was Kibaki himself who gave the government’s full backing to the concept of a permanent exhibition “to promote cross-cultural understanding in our country”, he said.

In no uncertain terms, President Kibaki said that he “…authorized and supported the establishment of the Asian-African Heritage Exhibition in a purpose-built permanent exhibition hall at the Nairobi National Museum. “.

With this kind of approval, the four community organizations and various partners confidently proceeded with the planning, design, financing and construction of the gallery.

It has taken almost a decade since to put all the pieces in place, but last Thursday afternoon, March 24, the courtyard of the National Museum in Nairobi was packed with friends and members of the Afro-Asian community to celebrate the historic launch of the Asian African Heritage Gallery.

Occupying pride of place in what was once known as Mammal Hall, the Gallery welcomes you before you even reach the Museum’s main entrance.

The room is large and beautifully designed to appear even larger than it actually is.

But only a third of the exhibition is finished today. Against a backdrop of sky-blue painted walls, sections are devoted to a range of themes, including maritime heritage, Mombasa’s old town, railways, and various postcards from the early years of Asians arriving in the area.

What remains to be curated are a dozen more sections covering the role of Asian Africans in everything from business, philanthropy and domestic life to sports, law, media and the role intellectual and militant that Africans of Asian origin played in the fight for independence against colonization. to reign.

Meanwhile, gallery organizers have invited members of the public to participate in finishing the space by lending or donating additional artifacts and photographs that could enhance our understanding of the far-reaching role that Africans in Asian origin have played in the historical development of Kenya. political, economic, religious, cultural, educational and social life.

“Before the end of this year, we plan to completely complete the exhibition,” said Nazim Mithe shortly after the official launch. Mr. Mithe is Co-Chair of the Asian African Heritage Gallery.

He was one of a number of prominent Asian Africans who helped build the Heritage Gallery.

In addition, India’s High Commissioner to Kenya, HE Dr. Virander Paul, shared his full support for the Gallery, as did Mr. Stanvas Ongalo, the Acting Director General of National Museums of Kenya.

Fortunately, our Minister of Sports, Culture and Heritage, Amb. Dr. Amina Mohamed who gave special thanks to the Afro-Asian community for their generous philanthropy which has known no bounds.