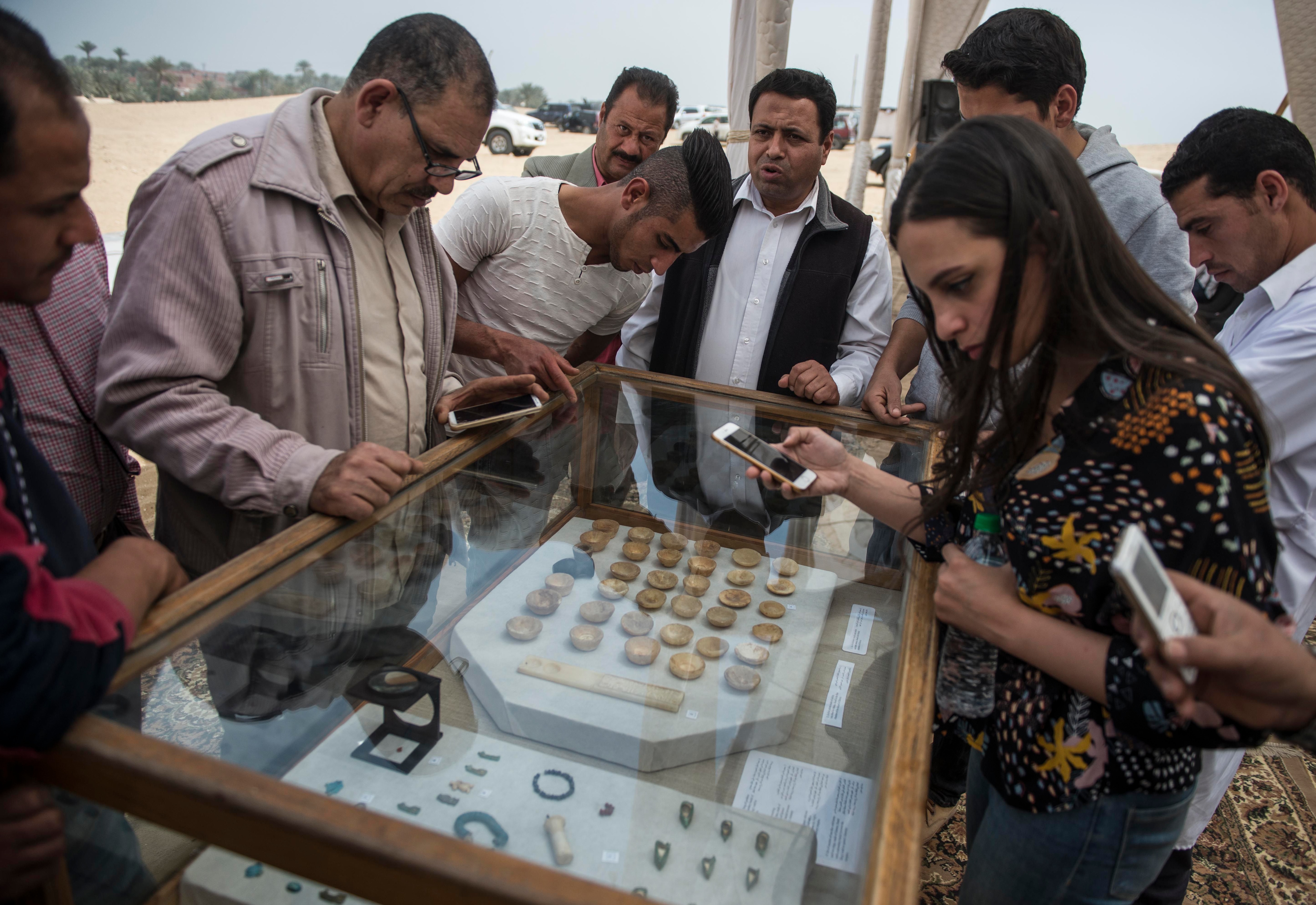 The mummified remains of a dignitary, possibly over 4,000 years old, could rewrite the history of ancient Egyptian burial practices.

Recent work on a mummy excavated in 2019 suggests that ancient Egyptians living in the days of the Old Kingdom – between 2700 BC and 2200 BC – were already carrying out sophisticated burials.

This is 1000 years earlier than what we knew before.

The discovery featured in a 2020 episode of National Geographic Lost treasures of Egypt.

Dr Salima Ikram, professor of Egyptology at the American University in Cairo and one of the principal investigators of the recent study, said The National this “circumstantial evidence” suggested that the mummy dated from the Old Kingdom.

Evidence of the mummy’s great age included hieroglyphics on the wall of the tomb.

These indicate that it was the last resting place of Khuwy, a senior official of the Fifth Dynasty – a 150-year period from the beginning of the 25th century BC to the middle of the 24th century BC – and a relative of the royal family.

Pottery and canopic jars – vessels used during the mummification process to store body parts – found in the tomb also appeared to have been made in the Old Kingdom.

“If this is indeed Khuwy’s Mummy, it will truly be a unique discovery that will radically change our understanding of the history of the Old Kingdom,” said Dr Ikram.

The sarcophagus where the mummy was found was housed in an austere burial chamber separated from the main tomb by a wall. The room was badly damaged by former gravediggers.

The funeral complex, Dr Ikram said, exhibits a characteristic layout of the architecture of the royal pyramids built during the Fifth Dynasty.

Despite strong arguments suggesting that the mummy dates back to the Old Kingdom, Dr. Ikram and his colleagues are performing further tests that will confirm whether the remains are Khuwy’s.

An ancient Egyptian mummy sits next to his coffin at the Civic Archaeological Museum in Bergamo, Italy. All photos: Reuters

One possibility is that another person may have been mummified and buried centuries later during a tomb reassignment.

“I remain hesitant until we can perform a carbon-14 dating,” said Dr Ikram.

She said everything about the find points to the funeral practices of much later dynasties.

Dr Ikram and his colleagues were amazed at the amount of resin used to preserve the body. Such generous use of resin is virtually unheard of in Old Kingdom burials, she said.

The quality of the linen used to wrap the body is not characteristic of Old Kingdom funeral practices, which she said were significantly less sophisticated than in later dynasties.

In later practices, organs were properly harvested and more precise tools were used throughout the process.

“When I first saw the mummy, my first thought was that it was from the Twenty-First Dynasty. [1069BC to 945BC]”said Dr Ikram.

The findings could also broaden the understanding of international trade experts during the Fifth Dynasty, she added.

“The resin used to preserve the body would have been imported from the Middle East, from Lebanon most likely. “

The existence of these materials in Egypt at the time would mean that trade with neighboring empires was much more extensive than previously thought.

Dr Ikram said analysis of the dates would take six to eight months.

His work on the mummy is set to appear in an upcoming series of Lost treasures of Egypt which starts in November.