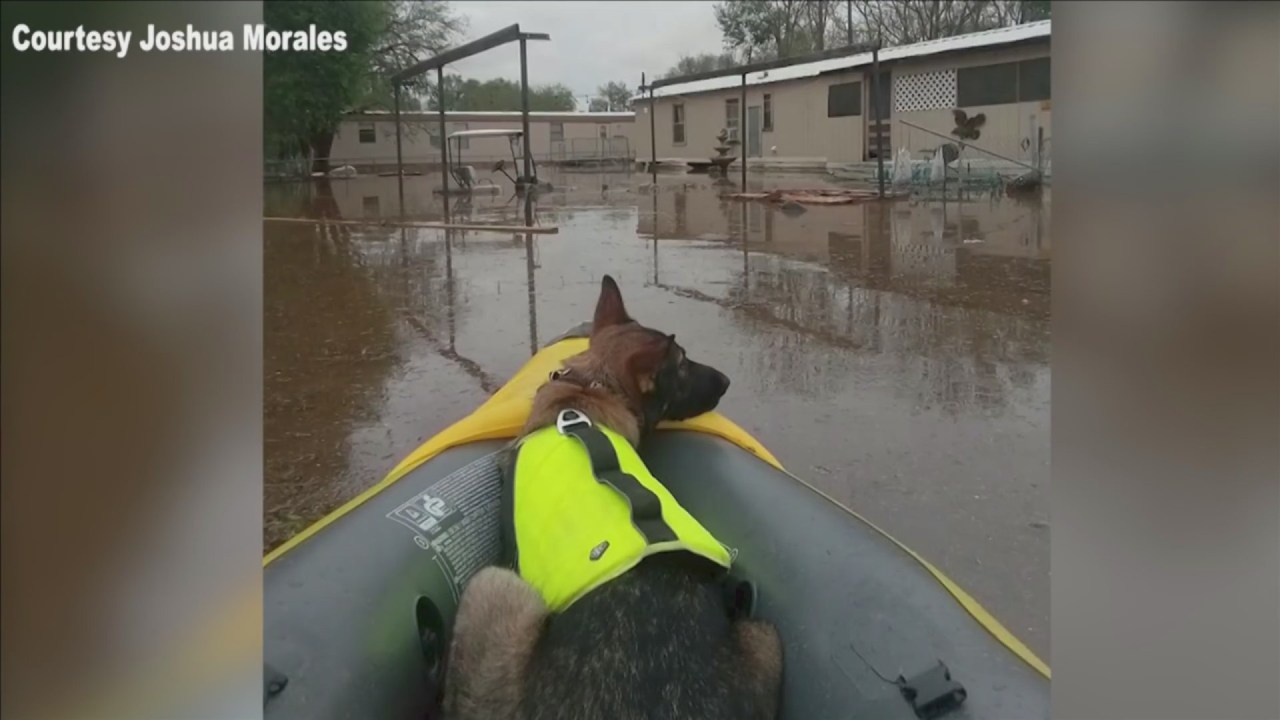 LAMESA, Texas – Lamesa is still catching her breath after Saturday night’s storm blanketed the city in flooding, hail and debris.

On Tuesday, the city of Lamesa and Dawson County declared an emergency due to damage from the storm that dumped seven to nine inches of rain in the area in just a few hours.

The city estimates that at least 100 families have been displaced by the floods as the damage will cost at least $ 10 million and the rain has still not stopped. Some houses and parts of the city could remain underwater for weeks.

Lamesa Mayor Josh Stevens said he had never seen anything like it.

“We’ve had big storms, don’t get me wrong, real doozies, but this one, this one is going to go down in the history books as one of the bigger ones,” Stevens said.

“It started out as a golf ball and then grew to tennis ball-sized hail throughout the community,” Stevens said.

He added that it was a miracle that no one was seriously injured, but people lost their crops, their cars and even their homes.

The worst flooding has happened around Lake Lamesa Boys and Girls Club.

“The houses in this area on two to three blocks to the east, west and north are all inundated with water, but the nearest houses have seen more than four to five feet of water in. their homes, ”Stevens said.

He hopes Dawson County’s declaration of emergency will provide the city with much needed federal help for those who have lost everything.

But through it all, Stevens stressed that the city is incredibly grateful for all the help pouring in from all over West Texas, and he applauded the people of Lamesa for the way they’ve come together.

“Getting that kind of support during such a difficult time has been very nice and heartwarming for my old heart… It’s been extremely encouraging and it’s a good time to be a Lamesan,” Stevens said.