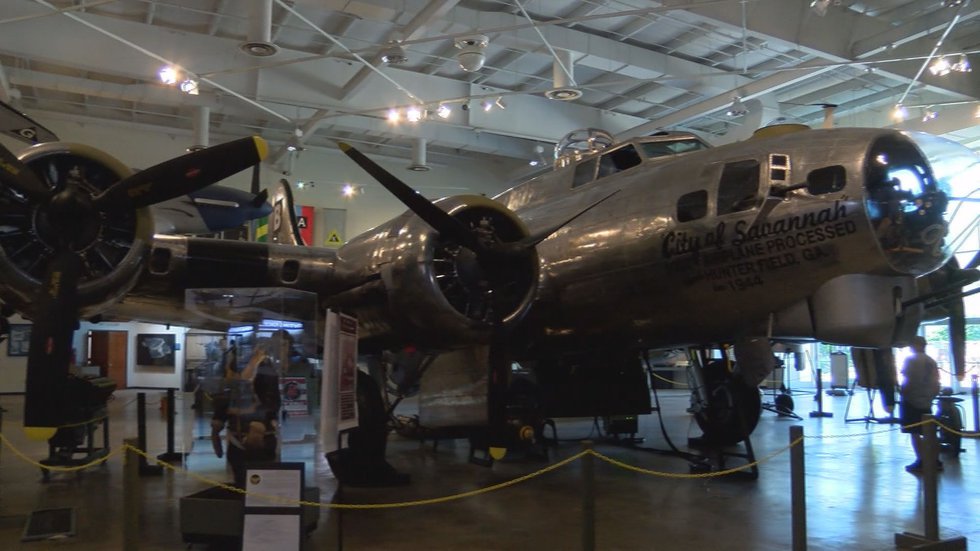 POOLER, Ga. (WTOC) – It took ten years for the National Museum of the Mighty Eighth Air Force to secure what would become its iconic historic piece.

It then took 12 years to achieve the goal of returning this WWII B-17 bomber to full combat configuration – an all-volunteer restoration effort that made the museum an expert in the warbird community.

As with any classic, there is always work to be done on the iconic attraction of the Mighty 8th Air Force Museum.

“The joke here is that it will never be done. We still have things to do to clean, remove and replace. we need to do corrosion checks on the plane, ”said Sam Currie of the City of Savannah Restoration Team.

And that is after 12 years of almost constant attention to “the city of Savannah” – a reconstruction project that evolved from basic manual labor to expert craftsmanship before arriving at the impeccable restoration of the bomber. Museum World War II B-17.

“In the warbird community, they’ve really uplifted the museum through the work they’ve done on the city of Savannah. It is once again recognized as one of the finest static restorations, and we have other groups that are currently undertaking the restoration or rebuilding of a B-17 now come to us and refer to the work of the City of Savannah. National Museum of the Mighty Eighth Air Force President / CEO Scott Loehr said.

This piece of American military history has not been restored by historians. It was an all-volunteer effort of hundreds of people over 60,000 volunteer hours.

“It’s not in the past. The work is in progress. There is still some DIY, DIY and work on a few major elements of the restoration. And we’re just thrilled that they’re still here, passionate and committed to the City of Savannah. “

When the fuselage arrived at the museum in January 2009, the restoration team quickly realized that they couldn’t just go to the local B-17 store for parts.

So, they learned about the plane – inside and out – to be able to create most of what they would need to bring the Flying Fortress back to life.

“Pretty much everything, all the media you see in there… we have a retired engineer from Gulfstream pulling the blueprints for us digitally. He is going to clean them and give them to us and we are going to make the fabrication with sheet metal, making supports. About seven or eight years ago we couldn’t buy anything. And that’s when we had to do it all for ourselves for the most part, ”said Greg Kindred, City of Savannah Restoration Team member.

It was a long, hard job that never felt like a job,

“They are really excited to be working on a B-17. And they appreciate it, everyone appreciates it. I don’t think you will find a person who says I don’t want to come to work. Everyone loves to come here and play with the plane.

And in doing so, established the Mighty 8th Museum on a whole new level – the team becoming the envy and authority within the very small community that does the job they did so well.

“Although there were 13,000 B-17s made during WWII, very few remain. And the City of Savannah is arguably the best static restoration of a B-17 in the world. They have come a long way from ignoring what we don’t know to being the source, the go-to source for the restoration of the B-17s. So I take my hat off to all of them, we owe them a huge debt of gratitude and we are truly grateful to them forever. “