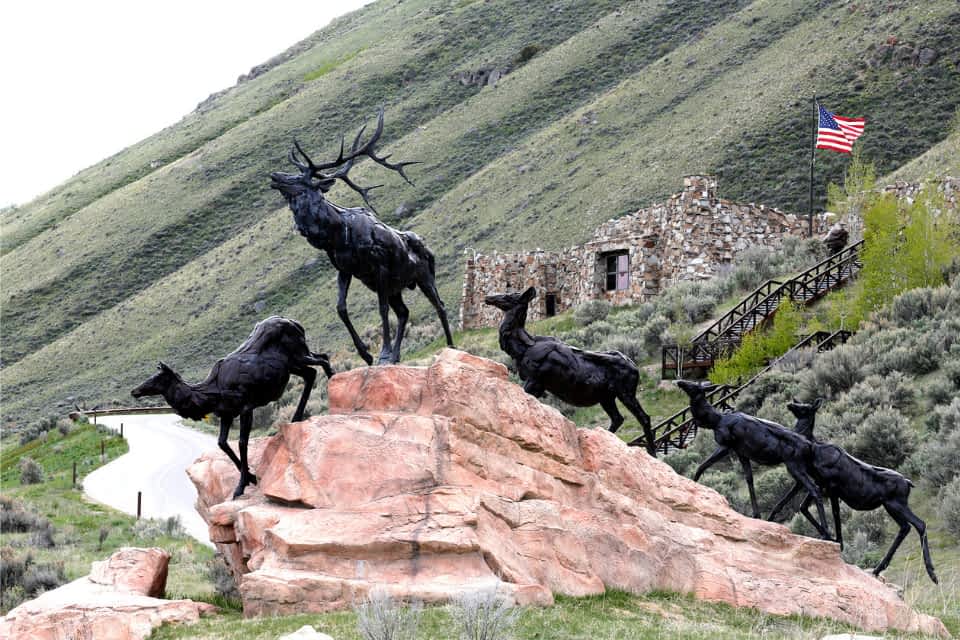 JACKSON, Wyo. – As summer 2021 draws to a close, the National Museum of Wildlife Art reflects on a successful summer, with increased attendance, powerful exhibits and returning in-person events.

“We were delighted to see a 246% increase in visitor traffic this summer compared to last year, and a 23% increase compared to 2019! says Steve Seamons, director of the Museum. “With a large chunk of our audience only being able to engage with us digitally in 2020, it was refreshing for people to stand in front of the art in person again, and all summer long. In total, nearly 30,000 people visited the museum from May to August this year, a staggering increase from 2020. August was the second highest day in museum history with 900 visitors in one daytime. The Museum also broke monthly attendance records, with nearly 10,000 visitors during the month of August.

The Museum kicked off the season with the traveling exhibition Un / Natural Selections: Wildlife in Contemporary Art, followed by Valued Species: Animals in the Art by Andy Warhol and Ai Weiwei. “Many visitors are asking about the Warhol Endangered Species series in our permanent collection, so it’s great to have them on display,” Seamons says. Valued species are in effect until October 3, 2021.

Two other temporary exhibitions were opened, Woven Together: Art and Arachnids, until October 16, 2021, and Western Visions® Show + Sale, until October 3, 2021.

In addition to exhibitions, the Museum was once again able to host events! First Sundays and the Sneak Peek program returned, allowing visitors a curator-led guided tour of the exhibits before the opening. Plein Air Fest, Etc. and Western Visions also returned in person, with health security measures in place.
The Museum did not stop there. Two episodes of Bisoncast have been released, There is no white in the snow and Beyond Beauty, seeds have been planted for the start of the Greater Yellowstone Botanical Tour on the Outdoor Sculpture Trail and three botanical garden workshops were held. “The Board of Trustees and staff are proud of the momentum given by the Museum,” said Seamons.

The National Museum of Wildlife Art, a non-profit organization founded in 1987, is a world-class art museum containing over 5,000 works of art depicting wildlife from around the world. Showcasing works by eminent artists such as Georgia O’Keeffe, Andy Warhol, Robert Kuhn, John James Audubon and Carl Rungius, the museum’s unrivaled permanent collection tells much of the history of wildlife in art, from 2500 BC Built into the hillside overlooking the National Elk Refuge, the museum received the designation of “National Museum of Wildlife Art of the United States” by Order in Council in 2008. Boasting a museum shop, an interactive gallery for kids, a restaurant, and an outdoor sculpture trail, the museum is just two and a half miles north of Jackson Town Square and two miles from the entrance to Grand Teton National Park. .

IMAGES AND INTERVIEWS AVAILABLE ON REQUEST