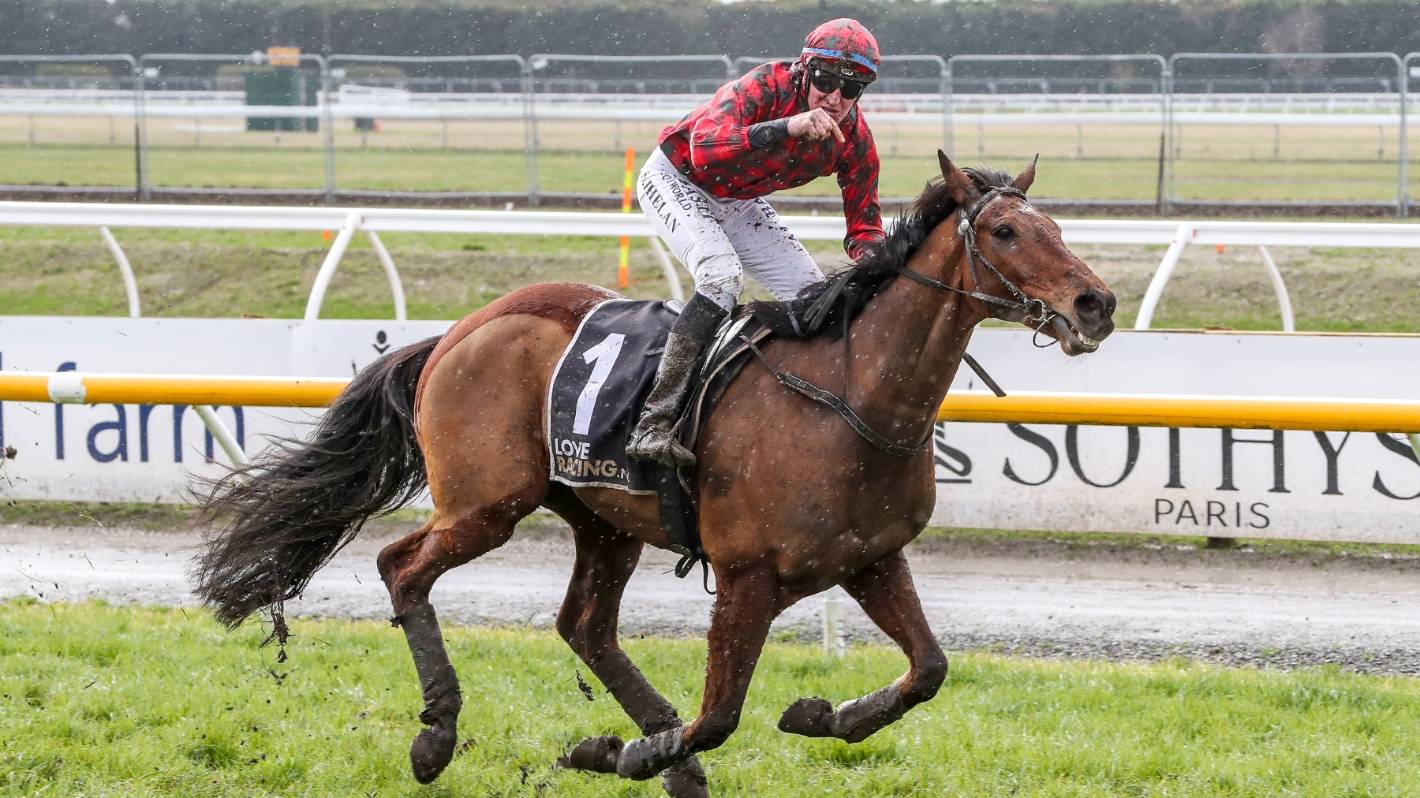 Tallyho Twinkletoe did not race any Grand National Steeplechase, so jockey Shaun Phelan gave the credit where it was due.

An enthusiastic boost from jockey Shaun Phelan as he crossed the finish line said it all as show jumping champion Tallyho Twinkletoe inscribed his name in Australian show jumping folklore, winning the Grand National Steeplechase in $ 75,000 (5,600m) at Riccarton on Saturday.

The 11-year-old horse trained by Kevin Myers became the first horse to complete the New Zealand and Australian double in the Grand National Hurdle and Steeplechase with his 11th victory in 15 overhead starts.

Sent at prohibitive odds of $ 1.50 after an effortless 16-length win in the main event, the Koral Steeplechase (4,250m) seven days earlier, Tallyho Twinkletoe was never wrong.

Left to settle at the back of the peloton by Phelan, the duo bided their time before leaving after the Shamal pacemaker with 1000m to run, Tallyho Twinkletoe staggered the pacemaker at the edge of the turn.

He gradually pulled away to win by a 12-length conservative of his teammate Mandalay, who edged out a gallant Shamal for second place in the very last stride.

An ecstatic Phelan was in awe of his mount being trained by Whanganui as he dismounted.

“What a great horse, he has a huge heart,” he said.

We were a bit flat, but he just kept picking up and scooping up and at the end it was just amazing.

“I was happy to turn it off and wait as long as possible. When I looked back up I could see that Shamal was still doing quite well and that it was going to be difficult to pick him up in this heavy soil.

“I had to work to achieve it and honestly, if I hadn’t been on such a fancy client, I wouldn’t have gotten there.

“I’m just so grateful to Kevin and Jo (Rathbone) for putting me on, although anyone can ride him and I’m just the lucky guy that’s on top of him.”

Co-owner and former jumping jockey Rathbone put on a moving figure as she welcomed her pride and joy into the bird cage.

He tried so hard and gave it all he had. He has an amazing temper and he is such an easy horse to do anything just a beautiful all around horse that tries his heart out.

“There aren’t many horses, if any, that have won a National Hurdle and Steeplechase on both sides of the Tasman.

Galloper Taranaki Justaskme took some revenge on an unlucky effort during last weekend’s Winter Cup at Riccarton when he triumphed yesterday at the Heatstore Open Handicap (1400m).

The six-year-old girl coached by Allan Sharrock had finished runner-up in the Winter Cup after being held up at a crucial stage of the homecoming, but made amends at the hands of apprentice Bailey Rogerson, who made full use of her claim of 4 kg. on heavy surface 11.

Rogerson had Justaskme in good contact with the ground all the way through before setting off for a race to the top of Riccarton’s long straight.

When asked for a serious effort in the final 100 meters, Justaskme collapsed to beat the well-supported first day winner Rock Island Line with Louie Louie fighting well for third place.