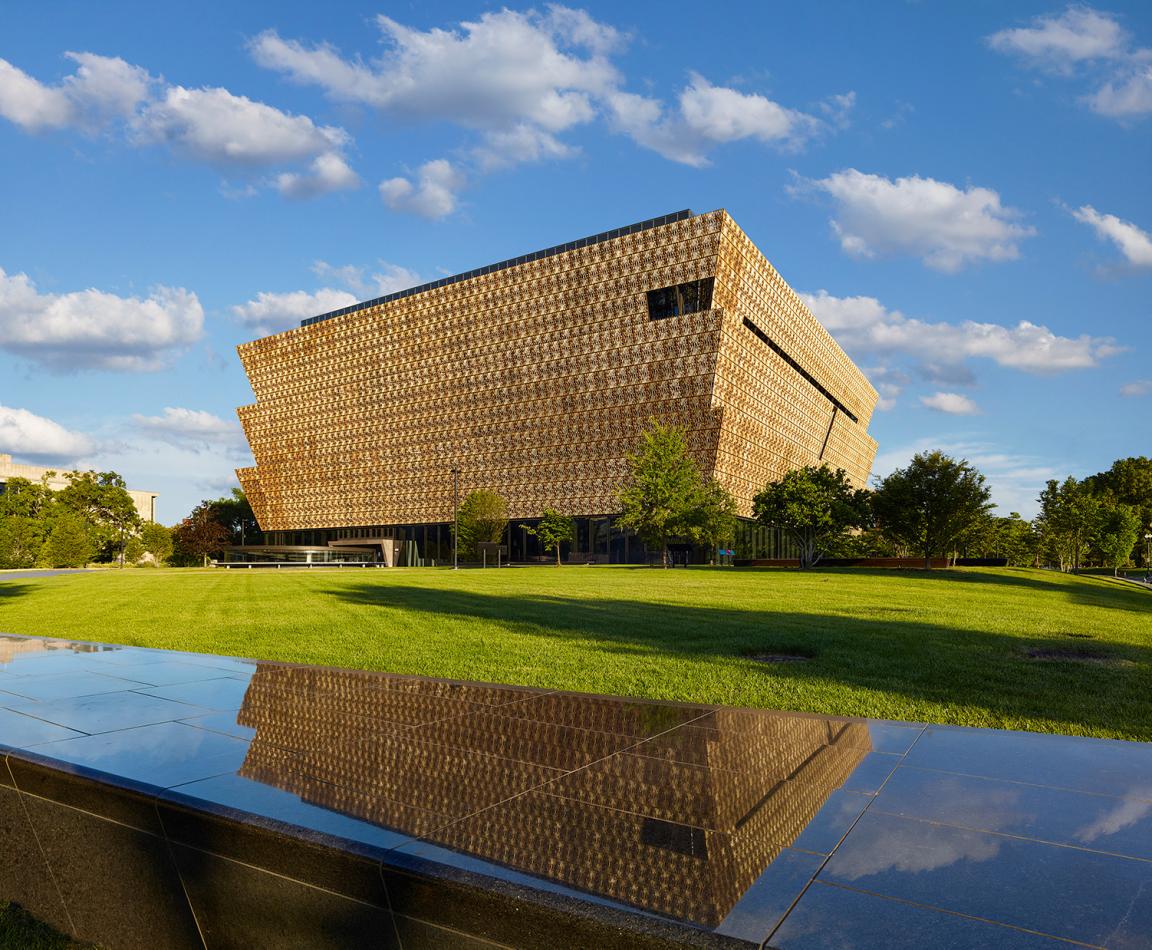 The exhibition made the museum and the city the first destination for many blacks. Black churches arrive by full buses on field trips. Black families continue to hold family reunions there. The museum’s hugely popular Sweet Home Café has evolved into a successful restaurant business serving sumptuous soul food dishes to thousands of families during the holidays.

The cafe and museum had been closed for almost a year due to the coronavirus pandemic, now the NMAAHC is regaining momentum as it marks the 5th anniversary of its opening.

The museum hosts an array of interactive and virtual programming initiatives, as well as a new exhibit in its Robert F. Smith Family History Center.

The September lineup opens with a discussion of the new documentary My Name Is Pauli Murray, which focuses on pioneering lawyer, activist, priest and dedicated memorialist Pauli Murray, who died in 1985 after a distinguished career.

But the biggest draw is the museum itself. The large and popular website, Trip Advisor, has already ranked the NMAAHC as the second most popular attraction on its list of the best things to do. The National Museum of Natural History was the first and the Lincoln Memorial the fourth. The NMAAHC is also on the tourist lists of Conde Nast Traveler and US News and World Report.

Nearly 3,000 tourists out of 3,500 have given the NMAAHC five stars on Trip Advisor.

A reviewer who visited the museum in August said: “This is by far the best museum I have seen. The exhibits are vast and impressive. The structure itself is a work of art. Exquisitely made! ”

After visiting the museum earlier this month, Kelly D. from Tampa, Florida said, “This is a fantastic museum, I would say one of the best I’ve been to. The museum is well laid out and well managed.

“The lower levels cover history, while the upper levels cover cultural impacts. There is a great mix of art, artifacts, and audio. I spent four hours and could have spent at least an hour more reading it all. Do not miss this museum.

A critic from Colorado Springs, Colorado, said, “An amazing and wonderful museum! Spend one day underground and the other on the upper levels. At least four hours for each visit. Very well done in all respects! ”

Many critics who visited the museum after it reopened in June said it was still difficult to get timed passes to get inside. They advise others to plan early and expect to spend at least four hours there.

When it opened in 2016, the NMAAHC became the world’s largest museum dedicated to Black history and culture with nearly 40,000 objects in its collection and around 3,500 exhibits.

By the end of 2018, the museum had welcomed just under five million visitors since its opening, including 1.9 million in 2018.

In its short history, the NMAAHC has not been immune to controversy. When the museum opened, Supreme Court Justice Clarence Thomas was only widely mentioned in connection with the controversial 1991 confirmation battle which involved allegations of sexual harassment by Anita Hill, a former employee of Thomas . In 2019, Thomas was bowled over by an exhibition he said was created without the museum contacting him first.

The exhibit focuses on Thomas’ conservative views on affirmative action, which his memoir says was shaped by his experiences at Yale Law School. There Thomas said he felt white people resented him and assumed he was admitted due to racial quotas.

On the fourth floor of the museum in the Culture Gallery is a photo of young Bill Cosby. When rape allegations surfaced in 2016, the museum added a description below the photo that recognizes Cosby’s talents but mentions revelations of alleged sexual misconduct.

(This summer, Cosby was released after serving three years in prison when the Pennsylvania Supreme Court overturned his sexual assault conviction in 2018. The court said Cosby should not have been charged in the first place after the prosecutors have promised not to charge him in privileged conversations).

Controversy aside, the NMAAHC remains an important symbol of hope and achievement for many black people.

It took almost 100 years to take off. President Herbert Hoover agreed to support the National Black Memorial, but Congress failed to support it. Over the following decades, Congress would reject legislation supporting the establishment of the museum, saying it would be too expensive.

Smithsonian secretary Robert McCormick Adams, Jr. sparked controversy when he publicly suggested in 1989 that “just one wing” of the National Museum of American History should be devoted to black culture. In 1995, the new Smithsonian secretary, Ira Michael Heyman, publicly questioned the need for “ethnic” museums on the National Mall. Advocacy groups felt the Capitol Hill site at 1400 Constitution Avenue NW was too large and made the National Mall appear overcrowded.

The late Congressman John Lewis is credited with the successful construction of the museum. Two of his bills in the US House of Representatives failed before he introduced a third in 2001 during President George W. Bush’s tenure. It was eventually passed in the House and the Senate.

In 2003, President Bush enacted it, creating the “National Museum of African American History and Culture Act,” which allocated $ 17 million for the facility.

Media mogul Oprah Winfrey and basketball legend Michael Jordan were among many wealthy celebrities whose donations to the museum totaled $ 386 million.

The museum would be headed by Lonnie Bunch, who previously served as president and director of the Chicago History Museum from 2000 to 2005. In 2019, Bunch was promoted to the 14th secretary of the Smithsonian Institution, becoming the first black in that role. . Today, poet Kevin Young is the director of the NMAAHC.