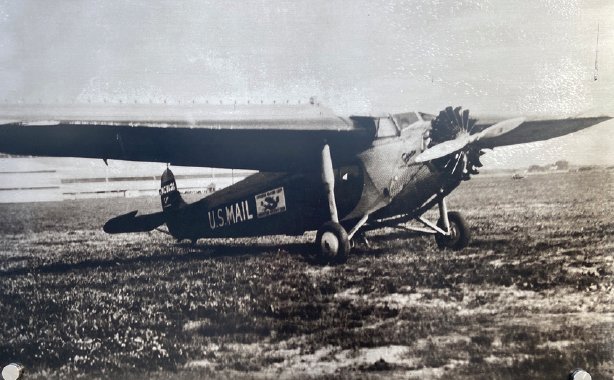 Each American with their own plane? Oddly enough, this was a widespread belief throughout much of the 1920s and 1930s – a motive that at the time led to the establishment of the prestigious and unique Alexandria Airport in the Hybla Valley.

Built in 1924 by Elvin Robertson, the airport was first called Alexandria Airport and primarily designed to take advantage of the public’s sudden love of aviation, especially after the extraordinary New York-Paris flight. by Charles Lindbergh. Robertson predicted that the company would be a tourist attraction where light planes offered tourists bird-eye tours of the area and the Potomac River while entertaining them with jaw-dropping air shows.

Professor Janet Bednarek, aviation historian, University of Dayton, Ohio, noted this growing fascination: “This is proof of what historian Joseph Corn has called the ‘Wing Gospel’. Americans were embracing this new technology and their enthusiasm for it knew no bounds. But, while many people dreamed of being pilots, the majority just watched other people pilot the machines.

In 1929, Hybla Valley Airport became the first airport to be licensed in the Commonwealth – and yet, while slowly building an impressive resume, it still faced major competition as throughout the region, from innumerable private aerodromes arose. One of them, Beacon Field, was only minutes away in what is now Groveton.

In addition, all of these airports were seeking to be designated the official DC Metro airport. “In the 1930s, many people were surprised that DC still did not have a suitable airport, only small private airports,” says Bednarek.

In the same decade, and thanks to its unique climatology, the Zeppelin company considered Alexandria airfield as a potential transatlantic base for its airships. But, just when it looked like the plan would come to fruition, the idea was ultimately ignored as local government officials believed the project would be too big and too expensive to carry out.

While the Alexandrians may not have seen Zeppelins hovering above their heads, it was not uncommon to see other airships do so – usually naval training ships from the nearby base of Anacostia, who were staying at the Hybla Valley Airport in its heyday.

As World War II unfolded, the United States Navy was given the airport by owner Elvin Robertson for training purposes. It was here that naval pilots underwent fierce tests to ensure they had the skills to assist the Allies in the global conflict. When the war ended, the facilities were returned and the airport continued to operate under the direction of new owners, the Ashburn family.

The Ashburns also had big dreams for this small airport, and with their oversight it has grown steadily over the years. By 1954, it stretched over 179 acres and was home to numerous Piper Cubs, Monocoupes, and Luscombes. It was also home to a respected flight school and upscale terminal restaurant, where patrons could watch air shows while they dined. The Congressional Flying Club also met here, and representatives from the United States were often seen learning to fly over the metro area.

But what is perhaps most intriguing are the somewhat overlooked events that took place at the Hybla Valley Airport. In 1951, the Civil Air Patrol used it as the starting point for a major emergency blood delivery flight to Easton, Maryland. Two years later, Aldine Glass (one of the country’s first nurse paratroopers) used the terrain to perfect her jumps before taking off to do rescue work. Those present at the time may also have seen Bob Ashburn, the owner, zooming in on DC in his Cessna Bobcat, as he pursued his hobby of aerial photography.

Although a busy place in its heyday, the high profile of Hybla Valley Airport was not to last. Its popularity began to wane when a development boom hit the area in the mid-1950s. The airport did everything it could to survive the suburb’s closure, but it was eventually sold to a developer and officially closed in 1956. Today, the old airfield is now the site of the Hybla Valley Elementary School and surrounding neighborhoods.

While this legendary destination may no longer exist, its spirit lives on a small scale every day. For example, you might come across a historical marker near Highway 1 and Fordson Road highlighting this important land. If you look even closer, you might notice that the neighborhood roads built on the old airport are named after various aspects of the aviation industry, such as Piper, Lockheed, and Stinson.

The early 20th century dream of owning personal airplanes may not have come true, but the magic of aviation continues to inspire generations – something that fulfills the long-lost mission of the Hybla Valley airport.

Beacon Field was established in 1929 when owner WFP Reid installed a pilot navigation aid on the property. This navigation aid, an unlit tower, was called a “beacon tower” and was commonly used in early aviation. In the late 1930s, the Ashburn Flying Service was training hundreds of pilots for military service at Beacon Field. The airport closed during WWII for safety reasons, but after the war the Civil Aeronautics Administration Region One Safety Office moved its headquarters to Beacon Field. Before the airport’s operations ended in 1959, veterans of WWII and the Korean conflict trained at the Lehman / Reid flight school there, and many went on to become commercial pilots.