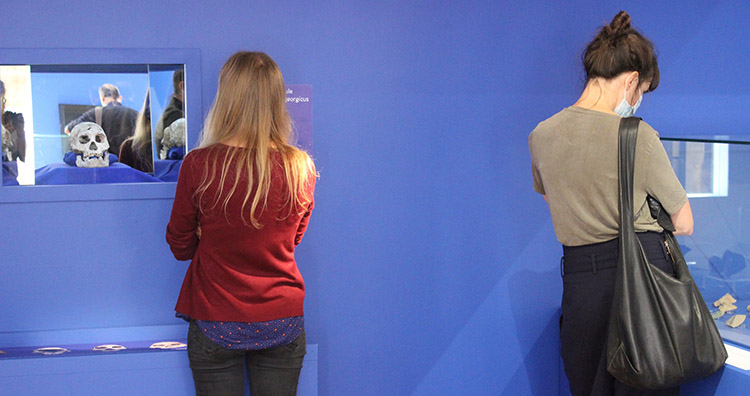 Ancient human remains and tools unearthed in historical finds at the Dmanisi site in southern Georgia are on display at the National Museum of Prehistory in France, with the exhibit tracing the history of the size of the stone “of Africa at the gates of Europe”.

Fragments of a skull, stone tools and animal remains – all excavated at Dmanisi over the past decades and kept by the National Museum of Georgia – were presented to visitors to the French site, located in the department of the Dordogne, in southwestern France, since July.

They are presented alongside Findings from the African Continent, the comprehensive exhibition aimed at illustrating the evolution of the development of stonecutting and tools made from this material over the past two million years.

The first evidence of an exit from the African cradle, now proven around 1.8 to 1.7 million years ago, is the work of a perfectly bipedal man, Homo ergaster, equipped with equipment Oldowayan qualified technique. At the gates of Europe, the Georgian site of Dmanisi brings together spectacular anthropological remains and tools

– Summary of the National Museum of Prehistory for the exhibition

The first exhibit on display was dated 3.3 million years ago by historians, while the artefacts from Dmanisi underscore the site’s major status in terms of anthropological, paleontological and archaeological significance.

Organizers said it was intended to follow the timeline that began with ancient human ancestors creating simple shapes from stones, to works produced by formatting and late-stage technological innovations. .

The exhibition Homo faber will be open to museum visitors until November 29.