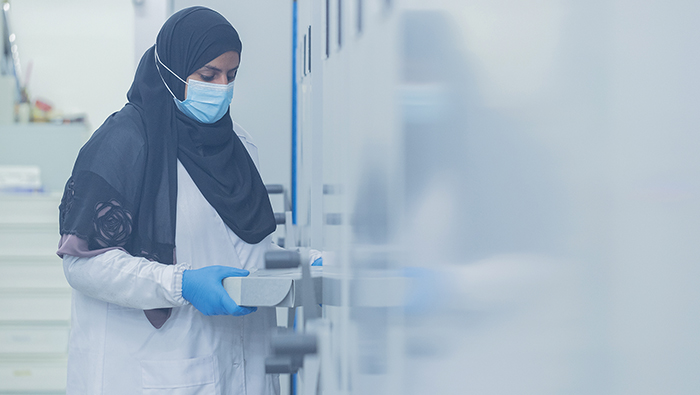 Muscat: As part of the mutual cooperation between the National Museum and the General Directorate of Antiquities and Museums of the Syrian Arab Republic, the conservation team of the National Museum recently completed a conservation and restoration project of 100 pieces of antique pieces Roman and Byzantine bronze pieces bearing inscriptions and images of emperors from those periods.

The pieces were loaned to the National Museum by the General Directorate of Antiquities and Museums of the Syrian Arab Republic, according to the memorandum of understanding signed in Muscat in 2019.

The National Museum is the first museum in the Sultanate to include modern conservation and preservation facilities managed by highly trained Omani specialists.

Bronze coins, some of which date back to Roman times, depict images of Roman emperors in the center of the obverse, as they were engraved on bronze coins of that period.

The center of the obverse shows a personal bust inscription of one of the Roman Emperors, on top of which is a radial crown symbolizing the sun, or a Laurel paper crown encircles his head.

The central inscription frames a Latin phrase which mentions the name of the emperor. The backs of the bronze coins illustrate multiple inscriptions and images that reflect the surroundings of the city, in which the coins were minted at that time, such as trees and animals, or chariots, horses, temples and deities, such as the goddess (Tika). She is the protective deity of the city and was usually engraved wearing a crown in the form of a perimeter wall. The name of the Maison de la Monnaie was generally engraved under the central inscription.

The other group of coins dated from the Byzantine era, bearing in the center of the obverse busts of Byzantine emperors alone or accompanied by their sons.

By studying the coins and by their weight and the purity of the metal struck, it is possible to know the economic situation of the countries during these periods. Also, political and religious situations can be indicated through pictures and writings engraved on the coins. Coins are one of the sources for understanding the history of countries, as they carry the economic, political and perhaps social and religious history of any country.

The National Museum is Oman’s flagship cultural institution, showcasing the cultural heritage of the Sultanate from the earliest evidence of human settlement in the Oman Peninsula to the present day, through which we look forward to our bright future. The museum was established by Royal Decree 62/2013, issued on 16 Muharram 1435 AH (corresponding to 20 November 2013 CE).