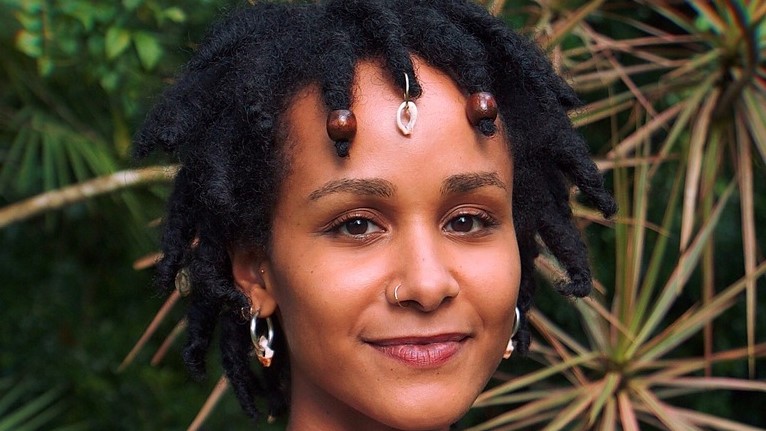 A multidisciplinary artist from Trinidad and Tobago and four artists of Trinidadian origin living in the UK were commissioned by the National Museum of Wales at reframe the legacy of Lieutenant-General Sir Thomas Picton (1758-1815).

Gesiye (pronounced gay-see-yay) and Laku Neg, the collective of the four Trinis, are two new commissions from artists that the museum hopes will amplify the voices of those who were originally overlooked in telling the story of Picton, or those whose lives are most affected today by his legacy.

Once completed, the new commissions will become part of the National Collection for Wales.

The commissions were awarded to Gesiye and Laku Neg as part of a larger project, Recadrage Picton, which is a youth-led initiative involving Amgueddfa Cymru and her community partner the Sub Sahara Advisory Panel (SSAP).

The commissions follow a call from Amgueddfa Cymru in January 2021 for artists to explore alternatives to the colonial narrative represented by the portrait of Lieutenant-General Sir Thomas Picton and center the experiences of blacks.

The call received more than 50 responses, the majority of artists having a direct link with Trinidad.

Although once considered a hero, Picton is also known for his cruel treatment of black slaves and free people, and for sanctioning torture during his rule of Trinidad from 1797 to 1803.

New artwork from Gesiye and Laku Neg will explore tales of ancestry, healing, transformation and empowerment, and challenge colonial tales that have traditionally been told in the galleries of the National Museum of Cardiff in centering consciousness, experiences and black voices.

Gesiye’s work with individuals and communities explores storytelling, connection and healing through a variety of mediums, and is inspired by a deep love and respect for the land.

His commissioned work invites black Trinidadians to participate in a healing offering that includes a series of tattoos and conversations around their connection to the land.

“Our connection with the spaces in which we were born gives us a feeling of belonging and responsibility towards this land. When this bond is affected by trauma, such as the trauma of slavery and colonialism, we develop patterns of behavior in relation to the land which are then passed down from generation to generation. I envision this piece as a ritual, a healing opportunity for black Trinidadians to reconnect with themselves, with this island and with each other. This work is not an attempt to rewrite history, it is a break from the narrative that is so often brandished as a singular truth, ”she said via a statement announcing the commission.

Laku Neg (Black court in Haitian Kwéyòl) is represented by four members of Trinidadian origin, living and working in the United Kingdom. The group promotes the expression of knowledge of the African diaspora through the arts.

Their commission will explore a re-presentation of Louisa and Present, two young girls victims of Pictonthe brutal regime in Trinidad.

“We relish the enormous responsibility of this project, as we work with the National Museum Wales to provide the public with a 360-degree view of Welsh history. This work for us is also ancestral work. We recognize what it means to be New World Islands and honor those who came before us – especially our forefathers. Here we aim to create an immersive installation, illuminating a story that has not crossed the Atlantic untouched. By representing the Caribbean and their ties to colonial powers, we hope to spark in-depth conversations about power, heroism and truth, ”the collective said.

Dr Kath Davies, Director of Collections and Research at Amgueddfa Cymru said: “It is thanks to the positive collaboration between Amgueddfa Cymru and the youth network of the Sub-Saharan Consultative Group and the producers of Amgueddfa Cymru that this project has reached such an important point in the artists’ announcement today. We are very grateful to the youth of the SSAP Youth Network for volunteering their time to work with us at the museum. I really can’t wait to see the commissioned works of art on display at the National Museum Cardiff, and we hope this will spark a conversation about how we share the different perspectives and stories of Wales in a modern museum. “

Amgueddfa Cymru – National Museum Wales is a family of seven museums and a collection center, which is free to enter thanks to support from the Welsh government. Together, it houses the country’s art, history, heritage and science collections, which will continue to grow so that they can be used and enjoyed by present and future generations.

One of its museums, the St Fagans National Museum of History, which explores the history and culture of Wales, has won Museum of the Year Art Fund 2019.

The youth-led projects across the museum are part of the Hands on Heritage initiative, made possible by the Kick the Dust grant from the National Lottery Heritage Fund.