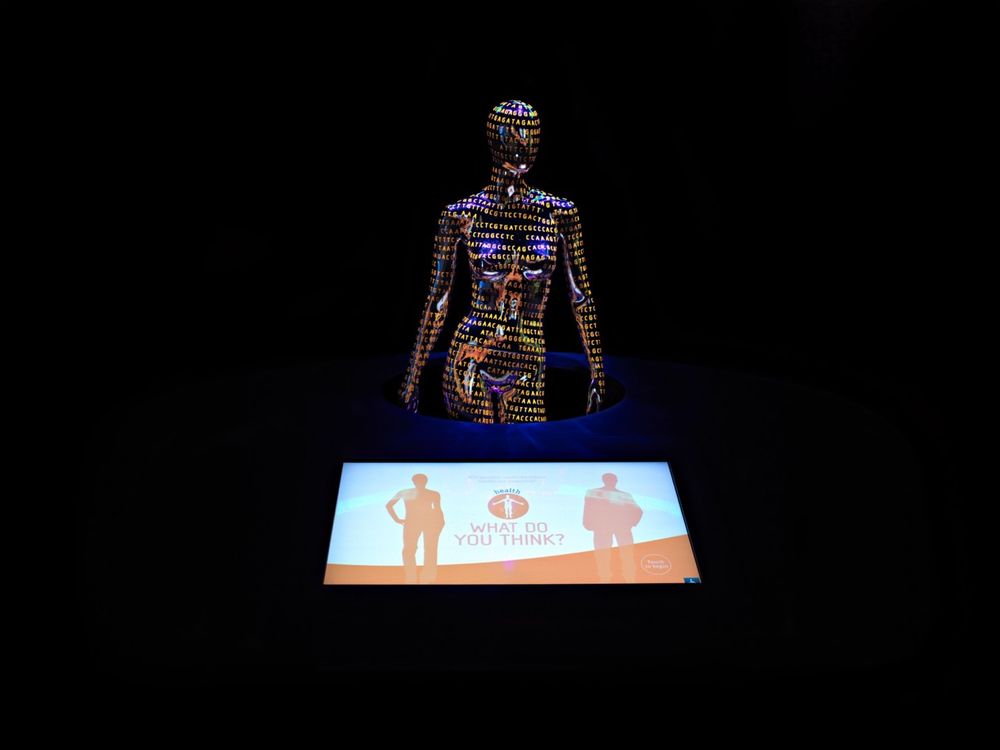 Nestled inside our tiny cells is the key to all human biology: the genome. The genes that make up our genomes encode everything from the color of our eyes to whether or not we are lactose intolerant. Although each of our genomes contains specific quirks that contribute to variations in appearance and health, all humans share nearly 99.9% of the same genes.

Now, visitors to the Smithsonian’s National Museum of Natural History can unravel the mysteries and explore the complexities of common human genetics in the “Genome: Unlocking Life’s Code” exhibit. The interactive experience, a partnership between the museum and the National Human Genome Research Institute of the National Institutes of Health, guides visitors through the breakthroughs that have taken place since the completion of the Human Genome Project in 2003.

The exhibit opened at the museum in 2013 before touring North America for six years, connecting the public with breakthroughs and advances in the genomic revolution. He returned to the museum this year on October 21, when scientists say genomics is more important than ever.

“Climate change is causing stressors on ecosystems and endangered species,” said Jonathan Coddington, director of the Global Genome Initiative, senior research entomologist and curator at the museum. “In order for us to mitigate these impacts, we need to be able to monitor ecosystems and see if species diversity is increasing and decreasing. And we’re doing it more and more through genomics.

In the 1990s, a global team of scientists joined forces to sequence the human genome. This Herculean effort found where certain genes are located on our chromosomes and mapped how inherited traits are passed down from generation to generation. The Human Genome Project was completed in 2003 and revealed that our 23 chromosome pairs contain approximately 3 billion base pairs of DNA and at least 46,000 different genes.

Since then, genomics research and technology has exploded. Genetic ancestry kits and home health tests are available for under $ 100, researchers have developed therapies for diseases specifically targeting a patient’s genes, and anthropologists have learned more about it. evolution of Homo sapiens.

The Smithsonian has been at the forefront of this charge as the head of the Global Genome Initiative, which aims to “understand and preserve the genomic diversity of life,” Coddington said. The program mobilized more than three million genetic samples of species worldwide, involving 100 institutions in more than 37 countries. “We have also funded over 300 genomic projects,” with a particular focus on species “about which we know nothing genomically,” he said.

Visitors to “Genome: Unlocking Life’s Code,” which will be open until summer 2022, will explore how the Smithsonian does this work, as well as how the genome is part of their own bodies and can help tell the human story. . The exhibit features 3D models, animations, real-life story videos and interactive experiences.

For curious audiences who cannot visit the exhibit in person, the museum has also created a “DIY” version of the exhibit that is free to print and is available in English, Spanish, French, Arabic, and Simplified Chinese and traditional. “Genome DIY” includes graphic panels and interactive materials and can be displayed in libraries, community centers, hospitals and other places to reach the public where they are.